A Song for Tomorrow 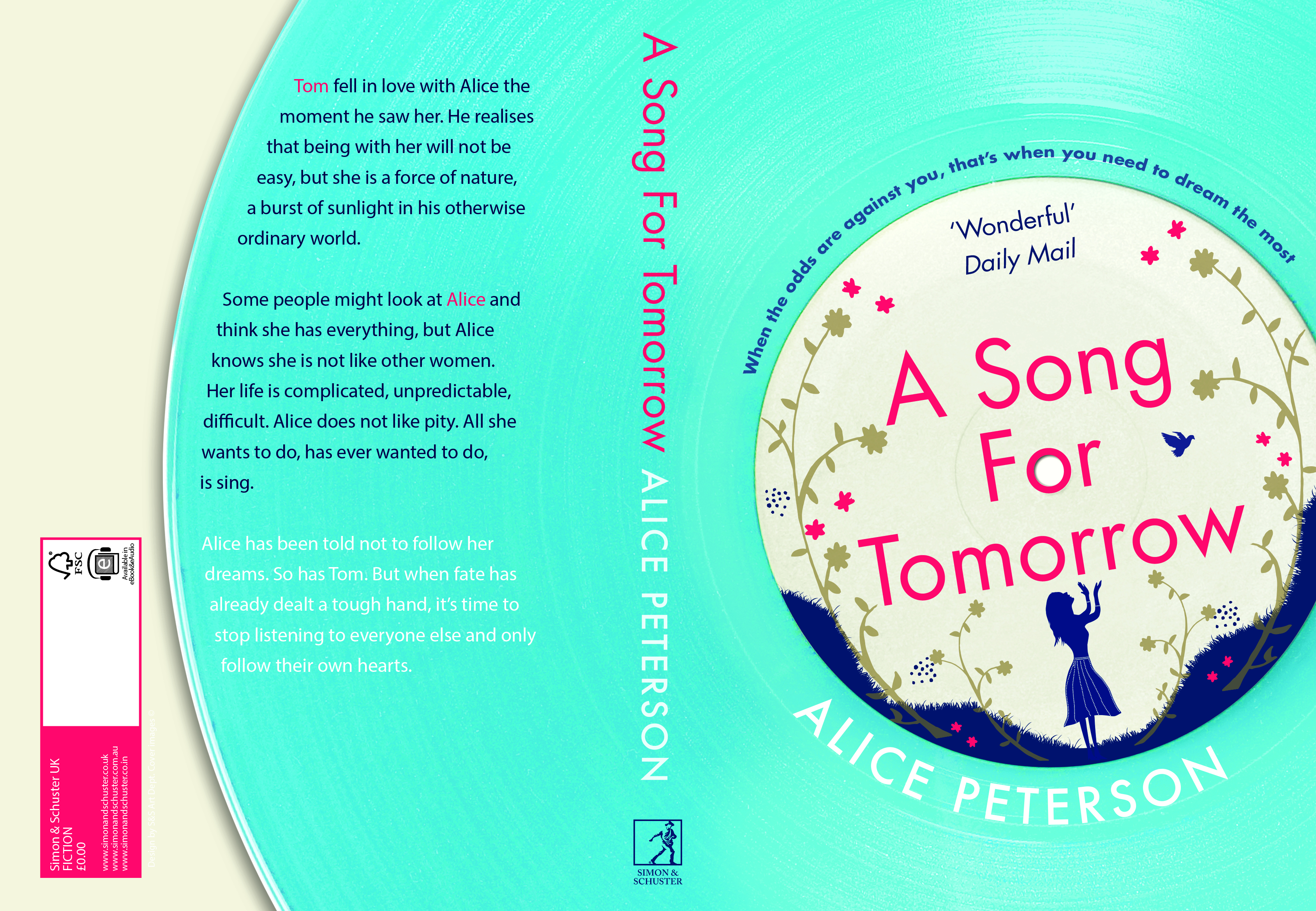 Tremendous excitement about the forthcoming book A Song for Tomorrow, written by Alice Peterson and published on February 9th by Simon & Schuster.

It is the story of my sister Alice Martineau, presented as a novel. It deals with Alice’s extraordinary struggle against cystic fibrosis, her passion and humour, her love life, and her relentless pursuit of a record deal which she not only achieved- she was signed by Sony in 2002- but which was crowned with the release of her critically acclaimed pop album Daydreams in 2002. At the time of the release of Daydreams late in 2002 Alice was functioning on a quarter of a healthy person’s lung capacity. Her short but extraordinary life was celebrated in a BBC3 documentary The Nine Lives of Alice Martineau which aired shortly before her death on March 6th 2003.

Alice Peterson has employed great sensitivity in handling the interwoven threads of Alice’s fight against her illness, her personal life, and her music, in a brilliant novel which as a family we very much hope will capture people’s imaginations. She has received endorsements from Robbie Williams, Jo Whiley and Ward Thomas for the book, to name but a few of those who have seen or read a proof copy. Sony music are remanufacturing Daydreams so it looks likely that a new audience will be reached. Sony will host a launch party for the book later this year and are working with Simon & Schuster to promote both book and album.

I cannot express how excited and thrilled I am that Alice’s sorry is being told again, and on such a big platform. It is such a vindication of everything she went through. I am enormously grateful to Alice Peterson, and to everyone involved in the project who have made this happen. Of course, I should not really be surprised that Alice Martineau continues to exert such influence on people’s lives so many years after her death. She was quite simply a very special person whose legacy lives on and on- I cannot put it better than Robbie Williams, who has offered this simple statement for the book jacket- ‘Alice is an inspiration to us all’.